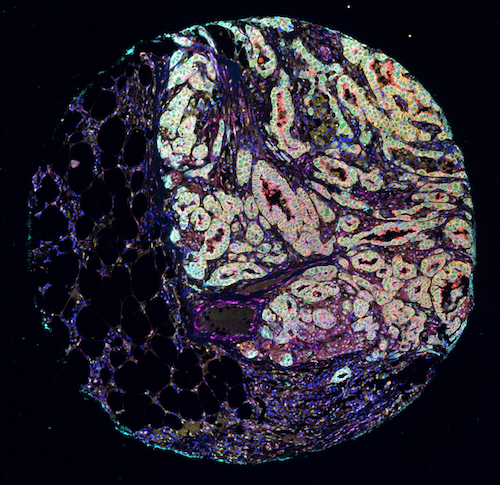 The Chellappan lab began on Tuesday, October 13, 1992, in the Department of Pathology at Columbia University, New York. The lab moved to the Moffitt Cancer Center in July, 2001.  The focus of the lab has been on the molecular mechanisms governing cell cycle progression, with an emphasis on the Rb-E2F transcriptional regulatory pathway; the studies were designed to identify regulatory nodes that could be targeted for cancer therapy.

These studies expanded to the elucidation of how nicotine and other components of the tobacco smoke and e-cigarettes promote lung cancer cell proliferation, EMT, drug resistance and metastasis.  From this work, we identified novel pathways that were involved in the oncogenic process; for example, our ongoing studies identified a novel role for the kinase TBK1 in mitosis; we also described a unique role for the transcriptional co-activator, YAP1, in the stemness and genesis of non-small cell lung cancer. Elucidation of how the transcriptional CDKs, CDK7 and CDK9, promote lung cancer and glioblastoma growth is another area being pursued in the lab.  We have made efforts to translate these findings to develop novel strategies to combat cancer.  In collaboration with Dr. Nick Lawrence, a Medicinal Chemist, we have developed small-molecule disruptors of the Rb-Raf1 interaction; they have anti-cancer effects in animal models.

Recently, we have developed novel disruptors of Oct4-YAP1 interaction, as we are interested in unraveling the dysregulation of Hippo-YAP pathway, and associated molecular mechanisms, in various cancers. Our drug discovery project is developing novel Oct4-YAP1 disruptors, which appear to suppress cell proliferation, self-renewal of stem-like cells, growth of lung cancer organoids, overcome resistance to drugs, and inhibit tumor growth in mouse xenograft models.  We expect to continue to work in these and related areas.

Check out our Moffitt News feature regarding our most recent work elucidating the importance of YAP1 to angiogenesis and it's potential as an anticancer drug target, particularly in renal cell carcinoma.

For the full article published in Cancer Research Communications (July, 2022):